Watching The Prisoner - Hammer Into Anvil

It has been 8 days since the Prisoner was unceremoniously returned to the village. Seasonally it is another episode which takes place during the spring simply on the grounds of the daffodils in 73’s hospital room, and later the bunch of daffs left on her grave by No.6. Well who else could it have been?


It’s impossible to say how long this No.2 has been in the village by the time of this episode, although the article in The Tally Ho would suggest he has been in 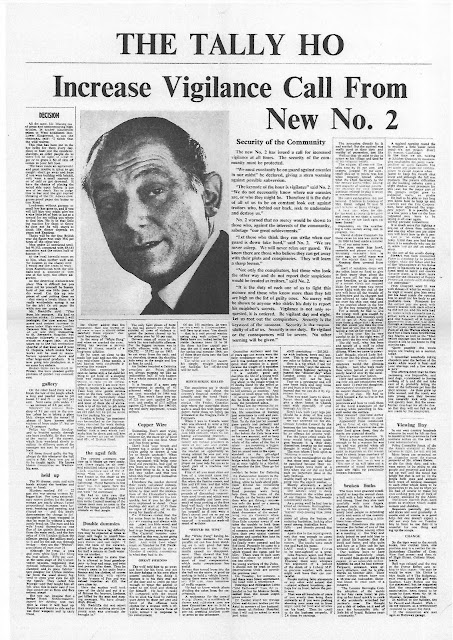