A Favourite Scene In Once Upon A Time 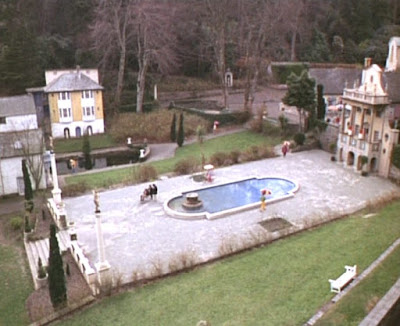 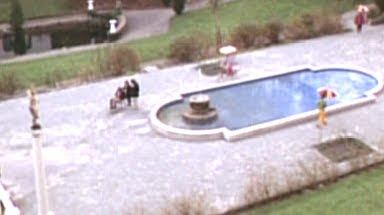 In which No.2 as the father takes No.6 the child, for a ride around the village in a wheelchair, or perhaps that should be pushchair, pushed by the diminutive butler. That probably makes the butler a childminder. On their promenade around the village No.2 bought No.6 an ice cream cone. 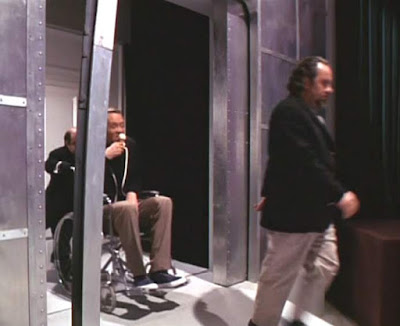 Here they are, having returned to the Green Dome. It looks like vanilla is the ice cream flavour of the day for a change, I wonder if it was a ’99?’ If it was the ice cream would have had a chocolate flake.
Although ice cream is sold in the village, you will recall how in ‘Arrival’ “Strawberry was the flavour of the day,” this is the only time in the entire series of ‘the Prisoner’ that we see anyone actually eating an ice cream!