Watching The Prisoner – The Schizoid Man 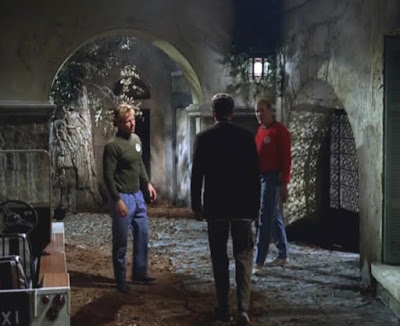 “The atmosphere here is very different from what it was elsewhere.”
Perhaps that’s one of those “in-jokes” that are supposed to plague ‘the Prisoner,’ the fact that they are not in Portmeirion, but on a set at film Studios!

This episode has to follow both ‘Free For All’ and ‘Dance of The Dead’ in anyone’s screening order, simply because by this time the democracy is an irritation which has been dispensed with, and No.6 has found a new use for a black ballot box……as a kitchen waste bin!


To watch ‘The Schizoid Man’ is only right because the episode has to begin on Feb 10th for obvious reasons. Now I sense you are just about to ask a question, what about ‘A B and C,’ doesn’t that episode take place around Feb 10th, seeing as that’s the date of The Tally Ho. That problem comes about by using the same Tally Ho Broadsheet for the two episodes, instead of producing two separate ones. And even then the dates wrong for ‘The Schizoid Man!’ 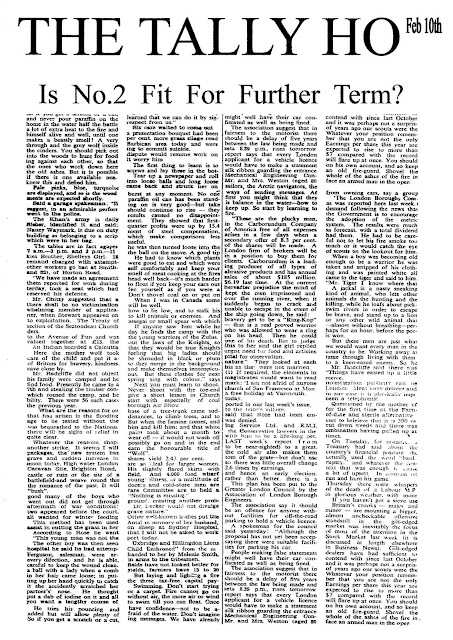 Back in the 1980’s, because the date Feb10th appears in both ‘The Schizoid Man’ and ‘A B and C.’ one fan of ‘the Prisoner’ came up with the idea that the two episodes take place at the same time! The idea is preposterous of course. However there is one problem with this episode, the fact that it is over lapped by ‘Many Happy Returns!’ Just as this episode has to commence on Feb 10th ‘Many Happy Returns’ has to begin on or around Feb 20th depending on how many days it takes No.6 to build his sea going raft, if he is to spend 25 days at sea and arrive back in London on March 18th. Even if it takes No.6 only two weeks to grow his beard, that takes him to Feb 24th when he would probably have already been at sea on his raft for two days! You see the problem. Of course the problem could be solved by having a gap of a month between the two episodes, but that would put ‘Many Happy Returns’ into April and then the date wouldn’t be right. Remember No.6 asks Mrs. Butterworth the date “Saturday March the 18th.” To which he replies “Tomorrow’s my birthday.” The only way to solve the problem would to put a year between the two episodes, which would make ‘the Prisoner’ run into 1969, which is impossible because the Prisoner has to return to on a specific day in December 1967. That may not be etched in stone, but it is written on a wall!
No.6 is conditioned to smoke Black Russian cigarettes, so why doesn't he? Mind you he’s also conditioned to like pancakes, and to eat them on sight, but then in No.2’s office he doesn’t do that either, he simply picks at one!
Alison-No.24 is as ambiguous as ‘the Prisoner’ itself can be. The question of why Alison was brought to the village in the first place is a question which also hangs over most citizens in the village. Does she work for the village, and assigned to No.6 as Nadia Rakovski had been? Whatever it was that brought Alison and No.6 together, indeed how they discovered they shared a mental link will be forever unknown. Perhaps Alison had been brought to The Village because of her mental powers, to be able to read people’s minds, and to have that mental power enhanced. Thus No.6 had become unwittingly involved in an experiment. After all according to No.2 No.58 had been brought to the village because of her photographic memory. Yes she turned out to be the next No.2, but originally she might have been brought to the village because of that photographic memory.
After sharing a final goodbye with Alison No.6 attempts a daring escape by impersonating Curtis. But Alison knows who he really is, and No.2 has his doubts, while No.6 Curtis has forgotten security regulations, meaning the wearing of a blindfold. And yet, are we really to believe that No.2 would have allowed Curtis to leave the Village looking like No.6? I should have thought Curtis would have had to spend a little more time in the Village before being allowed to leave, if only for a final make-over, if not to be given time to grow his moustache again!


Be seeing you
Posted by David Stimpson at 13:45