In ‘Free For All’ after telling the citizens they are free to go, free to go, free to go, the two motor mechanics turn up in No.2’s office. They attempt to restrain him, but he breaks free and makes a dash to the pair of steel doors which open, the wall revolves and he is faced with a single steel door. The door opens and No.6 stumbles into a cave. Four men dressed in what looks to be flying suits and dark glasses, sit round a pulsating Guardian. Why? Is this the real Therapy Zone? It has been suggested that the four men are undergoing some kind of indoctrination. If the Guardian is man-made and has a mind its mind will not be its own, and they could have been using the Guardian as a process of teaching a person or group to accept a set of beliefs. 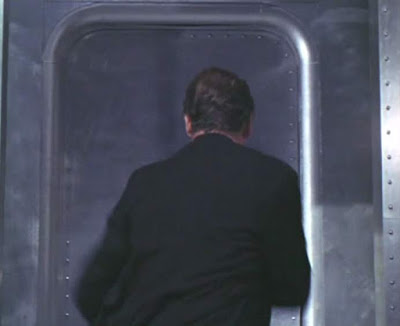 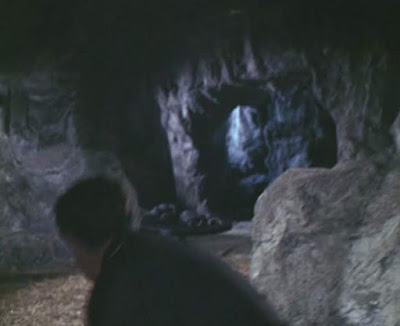 There appears to be an entrance to a tunnel which gives the impression that there could be an underground network of caves, and the tunnel might eventually lead into the underground cavern seen in ‘Fall Out.’ And yet the cave No.6 stumbles into is on ground level, not underground. But there is no indication of the possibility of a cave from outside the Green Dome! This is what I am pleased to call another imponderable!