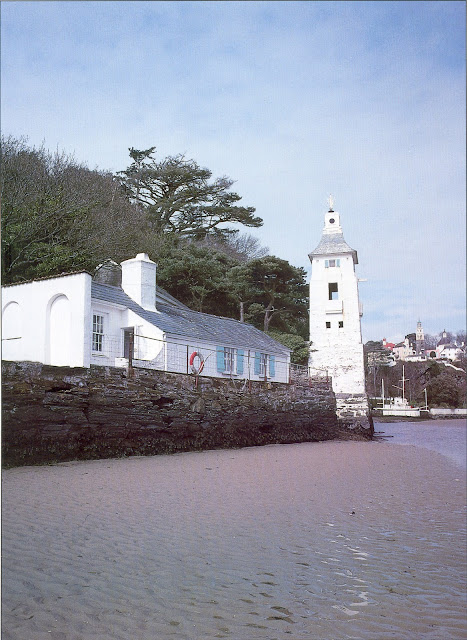 White Horses cottage at Portmeirion. In the winter months this cottage is closed, because when there are high tides the cottage floods! Part eighteenth century, extended in 1966, this was originally a fisherman's cottage. The cottage was given its name becasue of the spring tides and the south-westerly gale crested breakers battering its stone walls. During the filming of the Prisoner at Portmeirion in September 1966, White Horses cottage is where Patrick McGoohan and his family stayed.
The tall tower is a Camera Obscura, through a series of lenses one can see all around the Village, woods and beach without yourself being observed.     BCNU.
Posted by David Stimpson at 09:07