This Week I Am Mostly Watching THEPRIS6NER 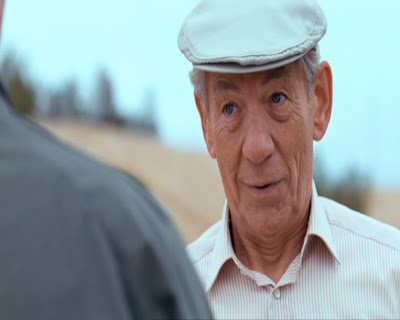 ANVIL - Its all about paranoia and surveillance. The question of what they do with all the information and surveillance film footage, who is it for, and how long is it kept?
In the Village there are 'Undercovers' who work in cells of two, three, or four people. No-one tells anyone about their cell, so it feasibly possible that everyone in the Village is watching everybody else! Dreamers are suspect, and in the Village once you are suspect, you are guilty, because everyone has a secret. People who suddenly do something out of the everyday norm become suspect, like when a boy's mother goes to her yoga class thirty six weeks in succession, but then misses a class, that is suspect, unless of course the woman was not feeling very well that day! And 1955, who hangs out a towel to dry. 909, who is an Undercover interprets this simple act as a being a signal to other 'Dreamers, ' to indicate that its all clear for them to meet.
In this episode we see The Therapy Zone, a place where people who are in need of a certain kind of treatment are sent, and it's nothing to do with a scientist who brews his brew, and plays with his chalk, but it is a very large cave! Yet even in this episode, no harm must come to Six, Six must survive, much in the same way that in the original series that they don't want to harm No.6, that they mustn't damage the tissue.
In this series there is no Number One, and according to Village history, there has never been a number One, and there never will be, that there can be no Number One!
Be seeing you
Posted by David Stimpson at 09:06