Number 6 once described The Village as a self-contained unit of our own society, but it is not completely self-sustainable. Records, cameras, tinned Village food, Cuckoo clocks etc, etc, are all imported, as indeed is the ink and paper for The Tally Ho broadsheet. I say imported, but there has to be a system which supports The Village, the tinned food has to be labelled at the factory before being sent to The Village.

In both ‘Hammer Into Anvil’ and ‘Many Happy Returns’ a red advertisement strip running across the record rack in the General Stores. The words are blurred, but I believe they read “The Best Recording Organization In The World,” and the logo deliberately obscured logo is for EMI. 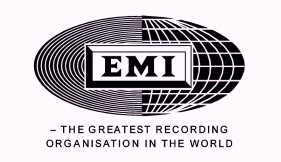