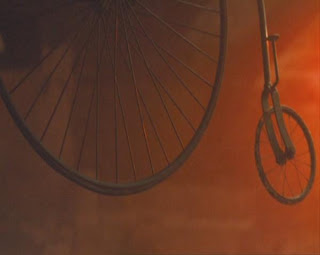 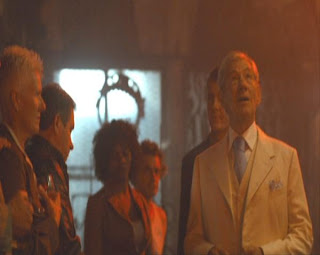 Two pays a brief homage to that which has gone before, the logo of the village, the Penny Farthing bicycle. And here, Two enjoys the privilage of having a Butler. 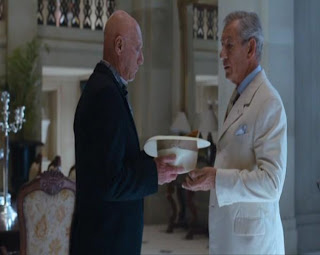 Unlike the Butler before him, he is not at the very centre of things. Yet like that of this Butler's predecessor, he serves unquestioningly, and is seen but not heard! 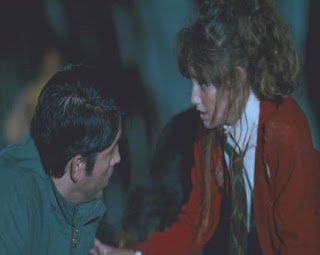 Here Six is pictured with 1,100, a school girl who is sent to the Therapy Zone for treatment in the episode Anvil. This because she was caught spying on Two, using a Roach-Cam.
Yet there is some thing of an anomoly within the epsidoe of Anvil, because 1,100 is pictured here with Six, who has volunteered to be taken to the Therapy Zone to look for 313 who was taken there earlier in the episode. And it is then that Six encounters 1,100. But the thing is, 1,100 isn't sent to the Therapy Zone until the very end of the episode!!!
So how could Six encounter 1,100 in the therapy Zone before she was sent there? I can only imagine that this is a scene out of sequence!
Be seeing you
Posted by David Stimpson at 09:35