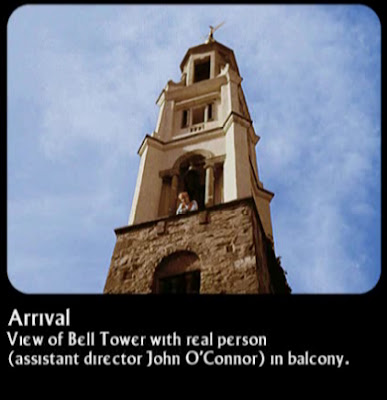 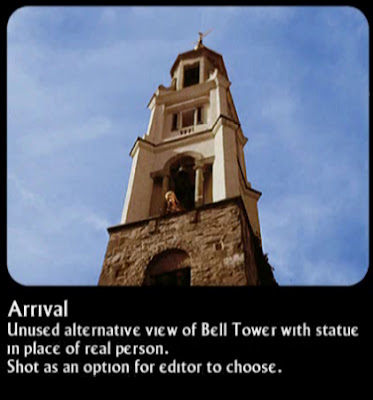 It has often been debated, in the realm of Prisoner appreciation, how it was possible for the man seen in the top picture to disappear from the Bell Tower without being met by the Prisoner, who having looked up and seen the man leaning out of the Bell Tower, goes in search of him, only to encounter a statue where the man had once been, in the second picture. Some fans put it down to the allegorical apsect of the Prisoner. But I dislike that word intensely, because giving something the term 'allegorial,' means that it can mean anything and nothing. What's more Patrick McGoohan once said of Fall Out that it's an allegorical ending to an enigmatic series. He may very well have been right. But it also meant that using the word 'allegorical' he could get away with anything!
I'll be seeing you
Posted by David Stimpson at 09:51