The Blue Streak rocket at the Liecester Space Centre. 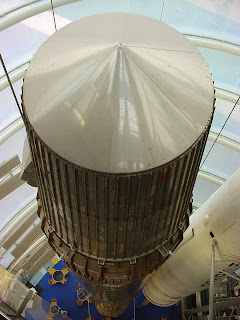 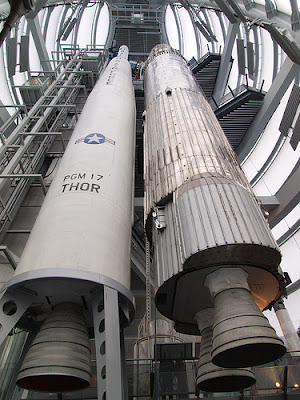 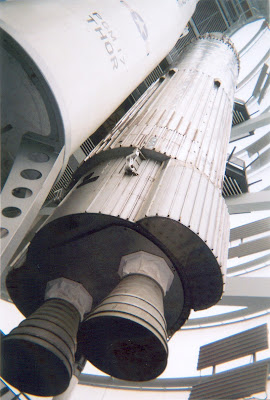 The Blue Streak rocket being that superimposed on the film during the evacuation of the village in Fall Out, with No.1 sealed in the nose cone of the rocket. It has always been something of a puzzlement as to the final destination of the rocket. Some once called it an 'allegorical' rocket, which means it can be anything you like, and destined anywhere you like. But for me, seeing as the Prisoner set the rocket for a low orbit, I can only surmise that the said rocket, having attained a low orbit, would eventually fall back to Earth, and either burn up in the Earth's atmosphere. Or break up upon impact with the ground, or sink in the sea. Either way, it meant the end of No.1!
I'll be seeing you.
Posted by David Stimpson at 08:35