No.2 once said said "they're clever, damned clever." You know how it is that part of the Village also played it's part in being an American frontier town in America's 1800's, see how they have altered the Recreation Hall to be the Silver Dollar Saloon! You will observe the facade they have added to the Recreation hall, along with a coned Coppola to both of the towers. 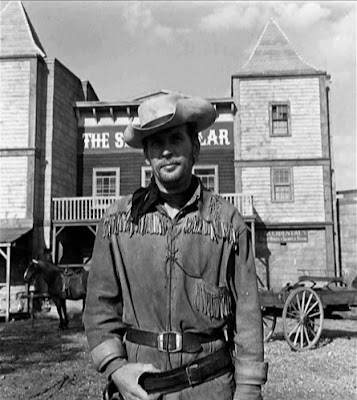 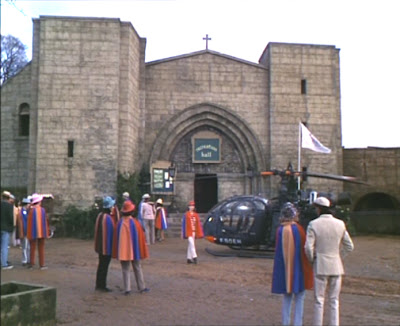 In reality this frontage of a building is part of a back-lot set at MGM at the Elstree Film Studios. It would appear that the frontage, which has no actual building behind it {such is the illusion of film-making} had been altered for a film which took place at the MGM back-lot between the filming of a scene in 'The Schizoid Man' and when the film crew went back to film 'Living In Harmony.'