As you know I like to keep an open surveillance eye for anything out of the unusual within 'the Prisoner,' as strange things can happen in the Village, and certainly during the fliming of 'the Prisoner.' Take the first picture, which is taken from a scene in 'Free For All,' as No.6 is about to take a short boat trip along the estuary. As you will observe two motor mechanics, or rather stuntmen, who are tinkering with one of the two speedboats in the picture. No.6 is running along the slipway. 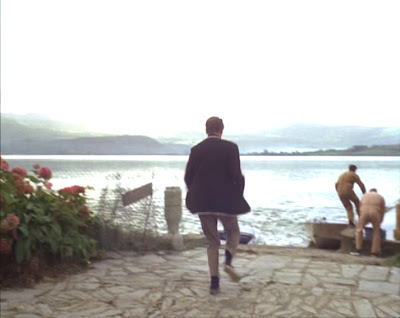 However witnin seconds one of the boats has gone! 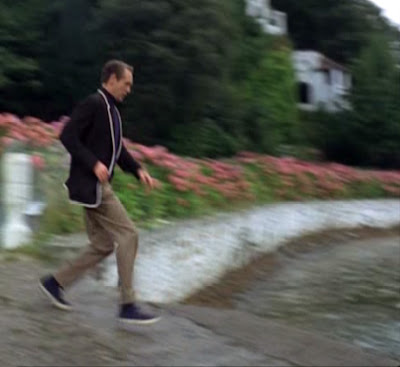 Then as No.6 jumps into the boat, we see two more things. The boat the two motor mechanics have been working on has been changed for the other boat. And if that wasn't bad enough, the boat has been moored up facing the other way! 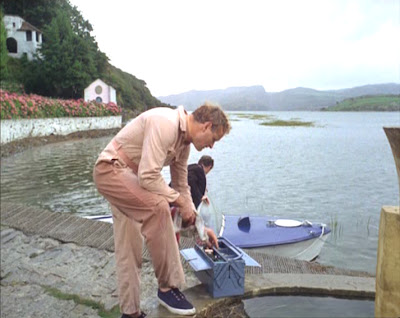 How do we know the two boats have been changed, the one for the other? Because the boat in the above picture has an air in-take, which is actually fitted onto the other boat, as seen between No.6's legs. The other boat does not have such an air in-take! 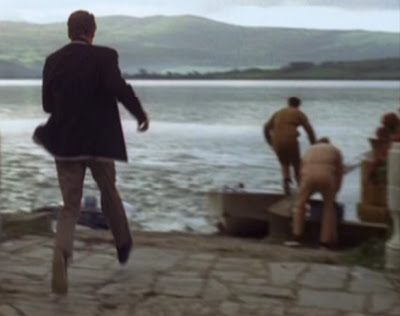 And all this within a few seconds during the same scene!

I'll be seeing you
Posted by David Stimpson at 08:50