Once Upon A time! 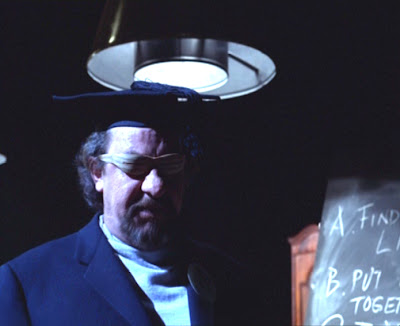 No.2 "Report to my study in the morning break!"
"Patrick McGoohan "That's fine Leo, but could you just make it a bit more clearer on the word break?"
"What?"
"It's just that if it's not clear the television viewer might not make the distinction between the word break and Drake, do you see?"
"No, I don't see!"
"Well the television viewer might mishear the word break for Drake!"
"Why should they do that?"
"Well they might think you are saying report to my study in the morning Drake, do you see now?!"
"No."
"I don't want the television viewer thinking that Number Six is John Drake!"
"Oh I see."
"You do?"
"Is that why you changed the name in the in the nursery rhyme in the script to Jackie from Johnny?" 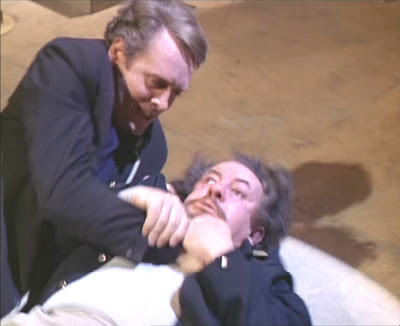 "Look that's not why I did it alright?!"
"I think you're really getting a bit paranoid about this Pat!"
"Look I changed Johnnie to Jackie because I thought it sounded better, you have a problem with that?"
"No Pat, whatever you say."
"In the not too distant future, 'The Prisoner' will become a cult television series. Fans of which, from all over the world will dissect my series scene by scene. They will question, interpret, and listen to every word. And if we do not get it right, fans will make the series what they want it to be, and not how I intended it to be!"
"If you say so Pat, although at the moment I'm struggling to live that long!"
"You see I don't want people thinking Oh 'the Prisoner,' it's a sequel to 'Danger Man' do I?"
"No Pat. Now if you will let go of my throat, perhaps I can get up and we can do that line again!"
"Alright, but remember a clear emphasis on the word break!"

BCNU
Posted by David Stimpson at 09:15