The A B C Files

No.2 believed No.6 was going to sell out, and wanted to know what he had to sell, and to whom he was going to sell it. He’s had the Prisoner’s whole life researched and computed, and it boiled down to three people, A B and C. The Prisoner was then to have met each one in turn, and they would know what would have happened had they not got to him first. Well we know how all that went!
Both the A and B files contain a thin file on each person, along with a photograph, and a piece of film. 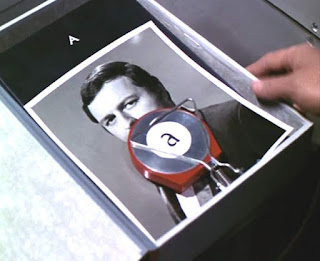 ‘A’ made world news when he defected about 6 years previously, that would have been in 1961. It would seem that defections were rife in the 1960’s, Chambers who became “late” of the Foreign Office I suspect was another defector. He and ZM73 used to be friends, with a great deal in common, they do the same job, but for different reasons. They used to be on the same side, but no longer. He ended up abducting ZM73, this way he was saving himself money. It appears No.2 wasn’t the only one who thought No.6 was going to sell out, because he wanted to buy whatever it was he had to sell. But in having ZM73 abducted, he could get his henchmen to force ZM73 to give them the information!
A tall man in his early forties perhaps, with black hair and thin moustache, weighting some 180 lbs.
Nationality: British.
As a defector he crossed from one side to the other, one who draws in news of old friends from far and wide. And news of old friends travels quickly!
Once a friend of ZM73 and possible colleague, now he finds himself on the opposite side, but yet still doing the same job, but for different reasons!
He is convinced that his old friend has something to sell, and he is in the market to buy it. Whatever it is, he is eager to find out.
So unscrupulous is this man that he doesn’t even draw the line at kidnapping his old friend and colleague. Besides this way he is saving himself money!
He is a man used to getting that which he wants and will go to any lengths in order to obtain it. However on this occasion, he misses out, being beaten by a better man than he! It has been a long time since the two have met, but not long enough in the prisoner’s case.


And that is why ZM73 despises him, treating him with disdain. But perhaps for some reason of his own, will not take action against him. The only real thing ‘A’ and ZM73 have in common now is they both attended Madame Engadine’s celebrated parties. But this was the first time that they had met at these parties. 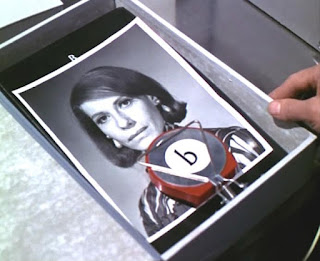 As for ‘B,’ she even looks like a spy, a very good one from a long line of spies. Perhaps she was created in a school for spies. Apparently secret agents work for the good guys, and spies work for the other side!
‘B’ is a widow, her husband having been dead 4 years. She has a son, but that’s not in her file because No.2 didn’t know about her son.
She is an old friend of the ZM73, indeed they seem very much at ease with one another.
She is a very attractive female spy, Perhaps it runs in the family, or came from a line of spies developed by the Russian’s perhaps! Wears a very garish dress, and speaks with a very pronounced foreign accent.
Nationality…Unknown!
Aged in her mid thirties
Hair…. Long dark brown
Height….. 5 feet 7 inches {approx}
Weight…. 130 lbs {approx}
So much is her friendship with ZM73 that he will help her, she knows that! But exactly what was her relationship with him?
The last time they met was in . But it seems that she ran out of whatever the situation was at the time.
To ‘B’ ‘A’ is an enemy!
She is a very good dancer, but so then was Marta Hari!
Death to her is an occupational hazard. But when it comes down to it, she is as frightened as anyone would be, in that situation! She desperately tries to get the secret of ZM73’s resignation so that she has something to bargain with. However she is quickly seen through by ZM73, she not being the woman that she pretended to be! 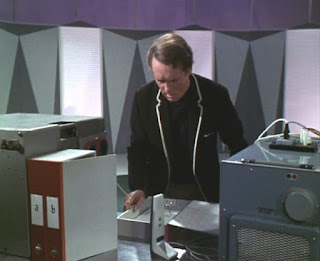 ‘A’ was a defector and it appears that there was a good deal of that about, I’ve always thought Chambers was a defector, that chap ZM73 was going to meet, and try to stop him doing what he was going to do before the “big boys” found out. So ‘C’ for Chambers, no, perhaps not!
Now we come to C, there’s no close-up of C’s box file, there isn’t a file, in fact there’s no photograph of ‘C,’ just a sheet of paper with a vague description. This is all they have, is known to be French, known to have attended ’s parties, probably disguised. Known to have been in contact with No.6. So with the diluted 3rd dose of the drug, No.6 was able to turn the tables on No.2. The question is in making it look as though No.2 is ‘C’, who was No.6 protecting?
The first indication is that ‘C’ is in fact herself, and No.2 is quick to latch onto that, she will now be brought to the village! Because what better person to have as a spy and who better placed, with so many foreign agents, diplomats possibly Ambassadors and various celebrities of all kinds attending her celebrated parties. Gathering information through bribery and black mail? However Engadine is only a contact, she is not ’C.’ Or is she, perhaps in the way No.6 manipulated his own dream he was protecting Engadine!