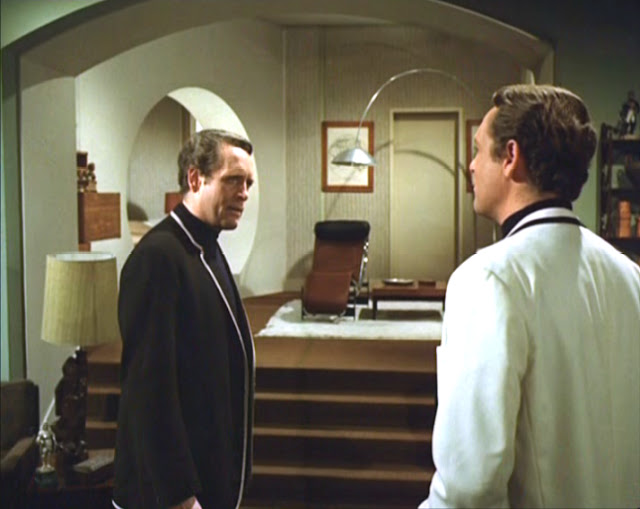 It's all very well remastering old films and television series, having them in High-Definition, and Blu-Ray, but it's not always the right thing to do. Clarity of picture can reveal a whole host the things which were never meant to be seen. Such as the dividing line between the frames of film put together after filming 'The Schizoid Man.' You can see the dividing line on the carpet, which continues to run up the back wall. And the lighting on the right of the picture is slightly darker than it is on the left. This is not quite so noticeable on videos prior to remastering of 'the Prisoner' on DVD.