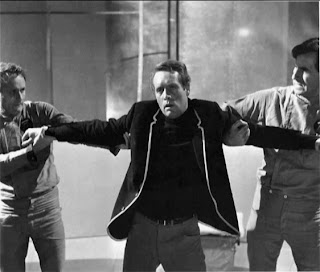 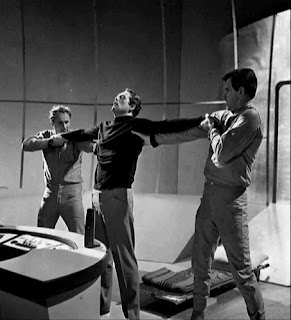 Well that's one thing sorted out, seeing as No.6 doesn't wear his piped blazer in this scene in the actual episode. But if that's one thing, then what follows is something else! 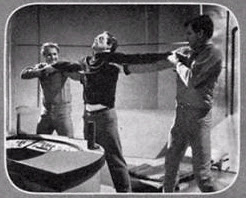 Nothing wrong here I think, except that you can see No.6 wears a vest. But then you see that in the actual scene. But then how might you account for this? 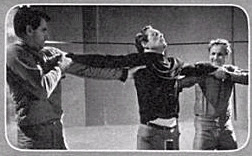 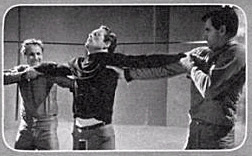 The image has been mirrored! I have reversed that mirrored effect in the final picture.
The two above pictures appeared with captions on the German magazine "Burda Fernsehen" from 1996 and 1972.
Pictures supplied by Nr6de.
Be seeing you
Posted by David Stimpson at 08:27