Increase Vigilance Call From No.2 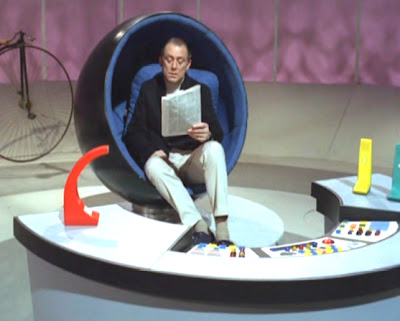 I was going to leave it a few days before writing the following, but then I thought it might be better written now, with No.6 having been unhappily returned to the Village yesterday on March 19th, still fresh in mind.
I know that 'Hammer Into Anvil' is a much later episode in 'the Prisoner' series, but in the name of fiction, I think this particular episode would be better suited to follow on from 'Many Happy Returns.' Why? Because 'Hammer Into Anvil' has to take place in the spring of 1967, for one simple reason, the daffodils in the vase in No.73's hospital room, and the daffodils placed upon 73's grave. Also there is Thorpe to consider, in a fictional sense of course.
Now I know what you are going to say, that Thorpe and No.2 are two completely different characters, but fictionally speaking it is not outside the possibility that Thorpe had been recruited by the Village Authorities, in some twisted idea of bringing Thorpe to the Village and pitting him against his ex-colleague No.6. As for the difference in character, well it's quite on the cards that having arrived in the Village in March of 1967, some little after 'Many Happy Returns,' he found the Village to be not quite what he had expected. The effect may very way well have tilted the man's brain, the pressure of office etcetra. This may have brought about the man's paranoia in seeing conspiracies in the Village. Seeing enemies where there are none, and thinking that everyone was against him. 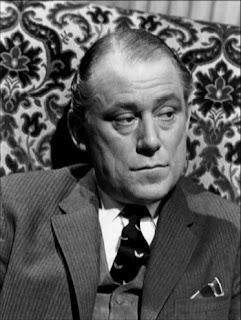 Thorpe would be a proud man, and think himself capable of the role of No.2. So when asked by No.1 if he needed assistance, he would quite naturally say that he didn't need any assistance, insisting that he could manage. It must not be forgotten that as No.2 he did have an assistant in No.14, who only wanted to help No.2, but was allowed to only up to a point.
So both in essence, technically, as well as for fictional purposes, it makes sense that 'Hammer Into Anvil' follows on after 'Many Happy Returns.' Thorpe could either have been recruited/seconded to the Village. Or after learning of the Village's existance from his ex-colleague, although being sceptic, he could have decided to find out more about the Village on his own account for whatever reason. Or ordered to do so at the instigation of the Colonel, their ex-colleague having disappeared for a second time!
You could say why didn't No.6 and No.2 make recognition of each other, as being ex-colleagues? Well who is to say that they had not? After all 'Hammer Into Anvil' may have begun with No.2 interrogating No.73, but the headline and subsequent newspaper article headed "Security of the Community" tells a different story. That this particular No.2 has been in the Village for a little longer than the actual episode suggests. In fiction anything is possible. But do not forget those daffodils, they are a spring flower, and grow at no other time of the year, which in themselevs makes 'Hammer Into Anvil' a much earlier episode, and cannot be denied!

I'll be seeing you
Posted by David Stimpson at 09:00