Echoes of The Prisoner

Last Sunday, July 7th,  my wife and I sat watching the final episode of ‘Man In A Suitcase’ called ‘Night Flight To Andorra,’ and it wasn’t long before I was having another of those “echo’s of the Prisoner” moments. 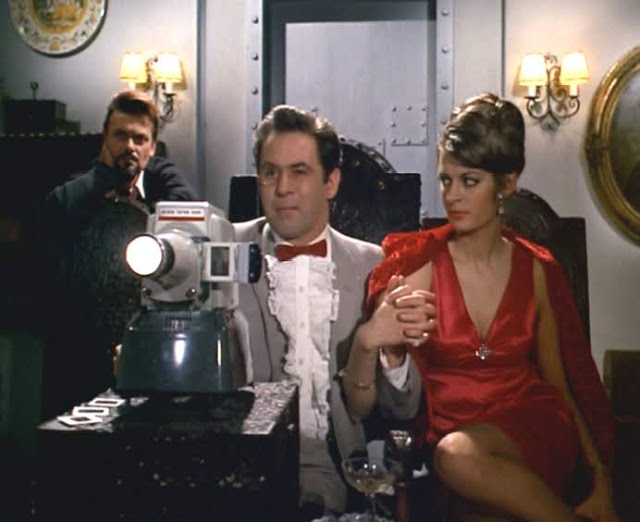 No, it has nothing to do with the fact that John Maxted, his girlfriend, and henchman are sat watching a series of slides, although that in itself could be considered to be an “echo” of ‘the Prisoner.’ It’s that fancy frilled shirt worn by Maxted played by Peter Woodthorpe which instantly caught my eye. It looks very like the shirt as worn by the Judge {David Bauer} in ‘Living In Harmony,’ then Mister X {Patrick McGoohan} in ‘The Girl Who Was Death,’ and No.48 {Alex Kanner} in ‘Fall Out.’ 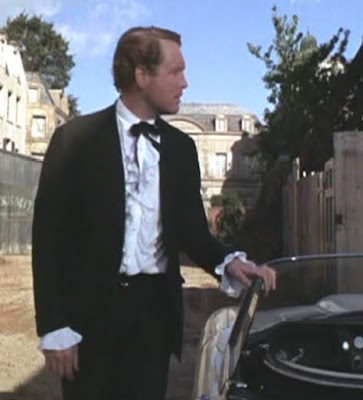 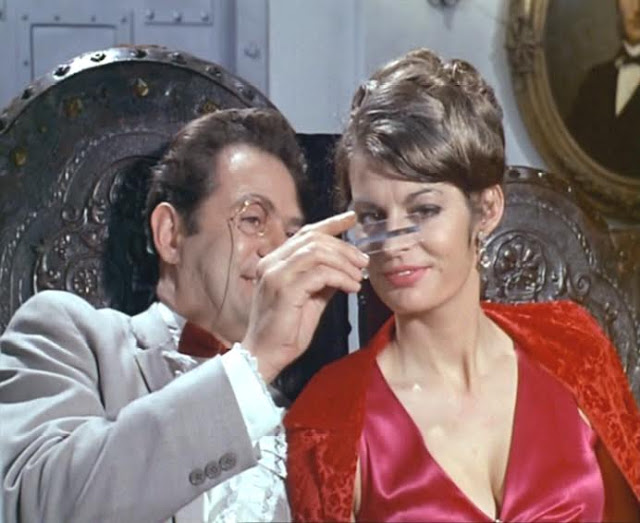 What compounded my suspicions about this shirt is the jagged piece of cloth at the end of the cuffs as seen in the above picture. To my eye it suggests there used to be frills at the end of the sleeves, which had been cut off! So is this shirt, worn by actor Peter Woodthorpe in ‘Night Flight To Andorra,’ the same as worn in 3 episodes of ‘the Prisoner?’ I wouldn’t like to say it is, but it’s always possible, those jagged edges at the end of the cuff are certainly suggestive.
Perhaps actor Peter Woodthorpe took a particular liking to that shirt, because in every scene in which he appears in ‘Night Flight To Andorra’ he’s seen wearing that shirt. Perhaps that’s why Mister X wears the frilled shirt in ‘The Girl Who Was Death,’ having seen David Baur wearing it in ‘Living In Harmony,’ he fancied wearing it himself, along with the tie. And the shirt certainly goes well with No.48’s other clobber!