November 2019 sees the 10th anniversary of THEPRIS6 and The Tally Ho celebrates the occasion. The series isn’t for everyone I understand that, but it was for myself and Morag. I fell for the series simply by having watched ITV’s advertisement promos for it in 2010, because I knew how the series would be, the mere idea of it excited me. It didn’t bother me that the series was not filmed in Portmeirion, and no Patrick McGoohan, in fact I found it all very refreshing. And since 2010 Morag and I have watched it 11 times, and each year during the end of April into May, the way it was screened here in . Although I have to say when we sat and watched the first episode ‘Arrival’ for the first time, we were not immediately captivated by it. Not in the same way I was with the original series back in 1967. THEPRIS6 doesn't get in your face and say “Hey, look at me” as the 1967-68 series does. THEPRIS6 is more subtle. The truth of the matter is, and also the secret of enjoying this series is this, we videoed ‘Arrival,’ via good old VHS tape, and before we watched the second episode ‘Harmony’ we watched ‘Arrival’ a second time, and continued to do that with each of the episodes, and then we were really into the series. So I have always advocated that anyone who dislikes the series with a passion, but didn’t give it a chance, is to watch it twice and then see how you feel about it. Those who have, have since learned to appreciate the series. 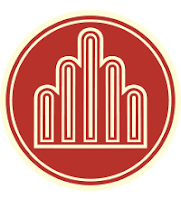 Like its predecessor the canopied Penny Farthing, this new logo is seen
everywhere in the village, and on everything from the village taxi, and public
buses to teacups, beer and wine bottles. It's on badges, the Map of The
Village, and signposts all around the village. But there is no village salute.
There is no question of which side runs the village, the company Summakor runs the village. And unlike the 67-68 series we have a name for the Prisoner-6, Michael. So where is the village? Why has 6 been brought there? Why is anyone there? The village is in the subconscious of everyone, but not everyone is taken to the village, those who are, are broken people, broken mentally. They are in the village to be made better before being returned to society, although most do not realize they are even in the village! As for 6, Two needs to hand the village, and the company of Summakor over to 6, Two has to make 6  accept the village. Perhaps in the end to create a better village. During the opening sequence Michael resigns his job at Summakor after realizing what the company is doing, what he has been doing as an Observer. So he resigns his job by spraying the word RESIGN on the 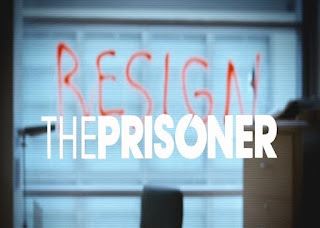 window of his office. But I question that, because the word RESIGN is a suggestion, Michael should have added an “I” to the single word RESIGN.

There are echos of the 67-68 series within THEPRIS6 which cannot be denied. They are there in the very titles of the six episodes, Arrival, Harmony, Anvil, Darling, Schizoid, Checkmate. And once again it’s a game of wits between Two and 6, except Two tells 6 that it’s a trap he has set, but wants to see if Six is clever enough to turn the situation to his advantage. 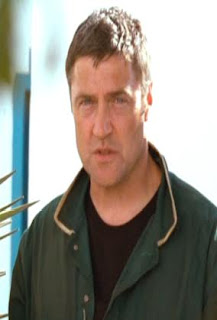 UNDERCOVERS! 909 is one such undercover who operates in the village, and 6 having been recruited as an Undercover in ‘Anvil’ gets to work with 909. That makes them a “cell,” cells can be made up of any number of Undercovers. They watch you, and you watch them, in this way all the citizens are watching each other. In other words control through surveillance. And any citizen who does anything out of the ordinary automatically becomes suspect. But this system is flawed. A schoolboy 66-16 who working as an Undercover makes a report on his mother. She goes to yoga class on Tuesdays, she hasn’t missed a class in the last 23 weeks, then she missed one. The boy found this suspicious, and automatically suspects his mother. But as 6 suggests to the boy, perhaps the mother was ill that day. The boy had not taken that into account. Of course this is nothing new, because we see underdercovers operating in the 67-68 series, one such undercover is the gardener in ‘Checkmate,’ another is the shopkeeper-No.112 in ‘Hammer Into Anvil’. You see its all relative. There is also the question of “who is Number 1?” But as the schoolgirl 1000-100 tells us “"There is no Number One. There has never been a Number One, and there has and there never will be. The concept of Number two is an act of humility, the title reminds us all public servants.” Well if she says so!

Rover…… on the discs of the box set there are sections on ‘The Making of THEPRIS6, they all make for interesting viewing. However I was looking forward to watching a discussion about the village Guardian. I was sadly disappointed, that no reference was made to the most iconic visualization of the entire Prisoner series. I found that surprising. I do know that the production team had discussed the idea of finding a new Rover, however any suggestions that they came up with were sadly lacking to the concept of the MKII version of Rover. So the decision was made to stick with what they knew and not go with anything else. 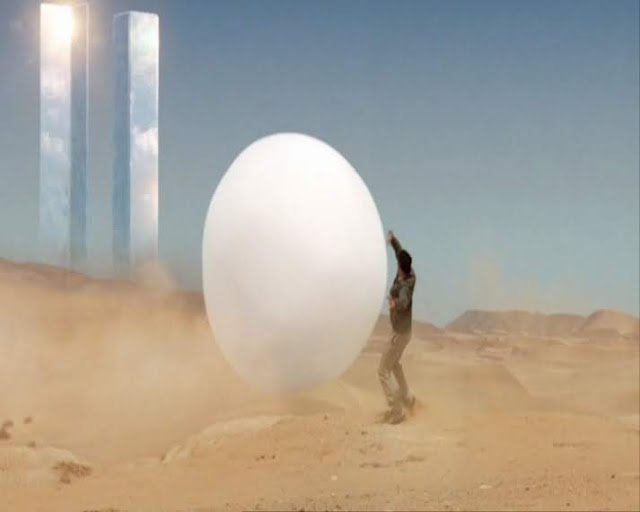 Except in this case Rover, as a meteorological weather balloon, has had a massive upgrade via , and now can grow to massive dimensions. In regard to the 67-68 series it was suggested that the Guardian is symbolic of ones own fears. In this series Rover is conjured up mentally by 6’s own fear when he is kept prisoner, or from trying to escape, or when he is afraid he is going to lose something or someone.  Incidentally, you never see the Guardian patrolling in the village in this series as it does in the original. Rover is one constant in both series, and found to be irreplaceable!
What do I love about THEPRIS6? The way Two eats his cherry cake, digging out a cherry with a fork! That this series isn’t all about 6 for a change! The scene in ‘Schizoid’ when un-Two pays a call at the village shop and asks for cigarettes, the shopkeeper-37927 denies having a packet of cigarettes, he doesn’t know what cigarettes are, yet they enjoy an illicit cigarette together despite the dangers to health. And in ‘Arrival’ when the Prisoner goes to the village shop to buy a map, its rather small until the shopkeeper unfolds it then it’s huge, and gives the impression more of a city than a village. Mind you after the Prisoner doesn’t purchase a map, I would have liked to see the shopkeeper refold that huge map!
Finally, the main thing with this series is there are only 6 episodes, not even matching Pat McGoohan’s original idea of 7. And each episode isn’t even 50 minutes in length, and the final episode ‘checkmate’ isn’t even 45 minutes long. And yet each episode, as with the series as a whole, I am always left wanting more, more village, more Pris6ner but that’s a good thing, because less is more


Be seeing you
Posted by David Stimpson at 07:23