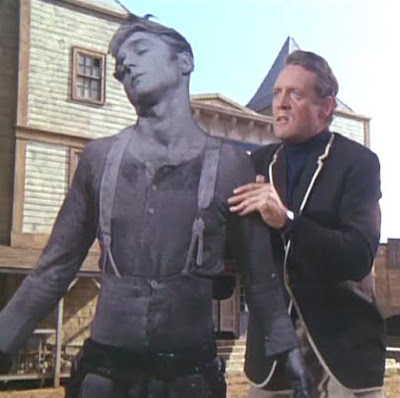 This suburban area of the village was used for the American frontier town of , the majority of buildings remained as they were. However the Recreation Hall had been given a make-over, its stone walls covered with wooden planking, turning it into the Silver Dollar saloon!

Be seeing you
Posted by David Stimpson at 07:29