What's Leo And Pat Looking At?

In a recent post of the same title as this one, there was the question of who the guy in the suit was, trying to look like the Prisoner? It was stated in a comment I received, that there is no mystery about the identity of this man, and that he's Alexis Kanner. Well here is another photogrpah, taken at the same time, and it's perfectly clear to me that this man, standing there, rubbing his hands together, is not Alexis Kanner. 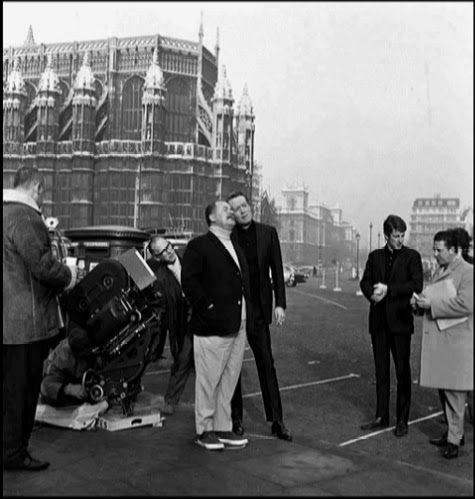 I forgot to say in the previous post, that this man doesn't have ginger curly hair, where as Alexis Kanner Does. This same man can also be seeing in production shots of Fall Out, in the cavern beneath the village, as pictured below. Admittedly the picture is on the dark side,but nevertheless, there stands this is unknown figure, dressed as the Prisoner, with McGoohan and Kanner in the same photograph. 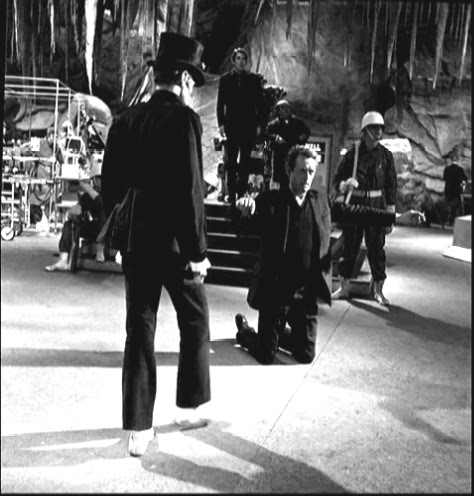 Here is an enlargement of a section of the above picture. 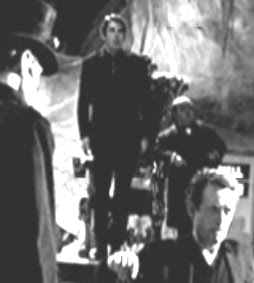 Although this man must be a stand-in, or stunt double for Patrick McGoohan, during the production of the Prisoner episode Fall Out, I have never been able to identify who he is. Nor do I know of any other fan of the series who can put a name to this man of mystery!
Be seeing you
Posted by David Stimpson at 10:35