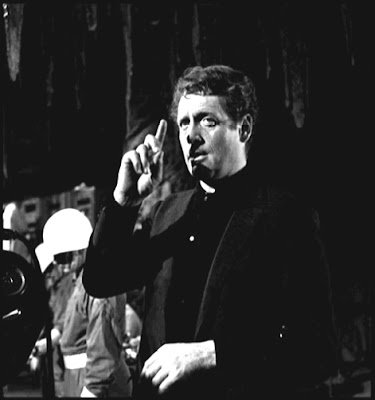 Well surely he had to have been, to have made himself No.1!
I wonder what happens if you get rid of No.1, as No.6 did. No I don't mean you have to launch him off in a rocket, to get rid of No.1. But to do so, would that make you a free man? I would have thought so. But after 'Sir' had returned to London, and driving off in his car, we see him driving passed the Houses of Parliament, and the word Prisoner looms large on the television screen.
So even after ridding himself of No.1, he's still a Prisoner. which means there's simply no hope for him!
I'll be seeing you
Posted by David Stimpson at 08:48