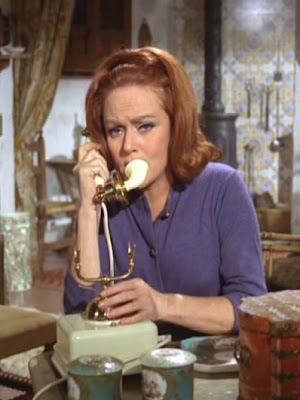 Nadia Rakovski, if that was in fact her real name, was a plant in the village, and assigned to No.6. But I wonder how much Nadia was briefed about the village? How well she was prepared? How much she understood what she would be put through?
A young woman, apparently on her own, in a hostile environment, who goes off to try and swim away from the village, and faced with an unimaginable 'thing,' which half drowns, half suffocates No.8.
No.8 struck up a relationship with No.6. They appeared to become close. But that could have been simply on the part of No.8, as I'm sure No.6 was using her for the knowledge she has regarding the location of the village.
I know Nadia is a plant. That she has fooled No.6, but then the chink in No.6's armour is the fact that he cannot resist a damsel in distress, and that fact has been played upon at least twice during No.6's captivation in the village.
Nadia must be one of the "trusties," seeing as she is allowed to leave the village, with it's knowledge inside her head. She is also very good at her job, see how easily she reeled No.6 in! I remember watching The Chimes of Big Ben and thought Nadia was a genuine person, until the end that is. Never trust a woman, especially those bearing information! But then No.6 couldn't resist the charms of Nadia Rakovski, and neither could I. But don't tell the wife!
Be seeing you
Posted by David Stimpson at 08:27