Picture the scenes of Many Happy Returns if you will. No.6 wakes up to find the village apparently deserted. He builds himself a sea-going raft. He spends 25 days at sea, fighting off two gun-runners, and had to swim to shore.
Having woken up on the beach at Beachy Head on the South coast of England, No.6 then scrambles up part of the chalky cliff face, where there has been recent cliff erosion. He then dodges a police roadblock, jumps into the back of a truck, which takes him to some motropolis. And what happens then, there's the sound of traffic, and a police siren............. 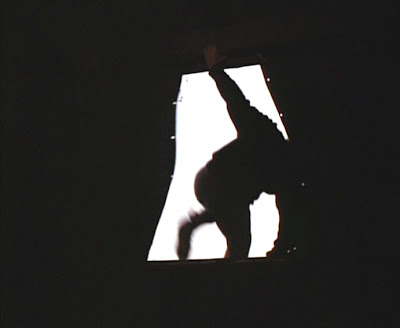 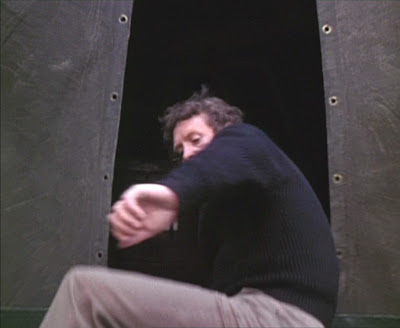 Here he is, leaping out of the back of the truck, and into the road. 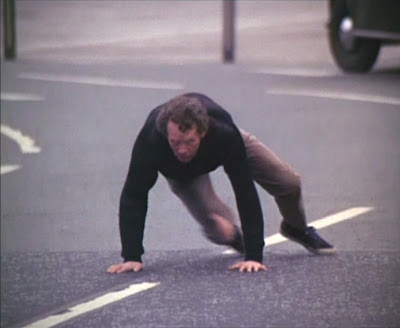 He took an awful risk, I mean the Prisoner could have been run over by a bus or something. It would have been a crying shame, if the Prisoner, having gone through all that he had to escape the village, had jumped out of the back of that truck to find he had made it home to London, only to come face to face with a bus or other vehicle to be run over and possibly killed!
Be seeing you
Posted by David Stimpson at 08:26