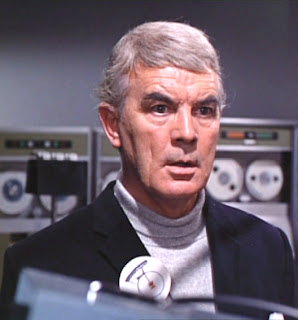 No.2 here, has the look of a man who has suddenly realised that an escape from the village has been made. You see Professor Seltzman had progressed further than anyone had imagined. He did change the minds of three men at the same time, thus escaping the village in the guise of the Colonel.
But at least the village administration still has it's Seltzman machine, but I doubt very much that this particular No.2 will be supervising that. For like many of his predecessors, his fate is sealed!
Be seeing you.
Posted by David Stimpson at 08:13