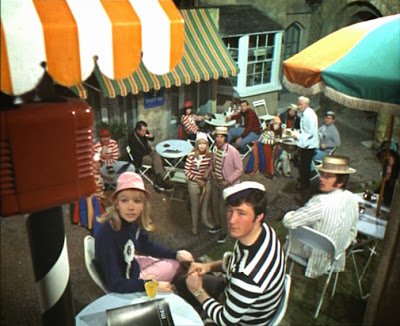 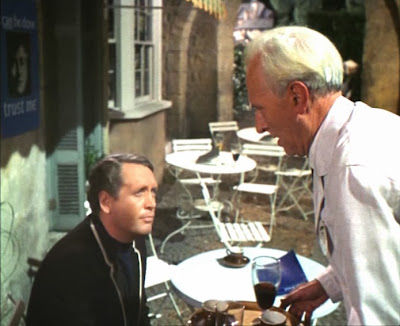 No.6 wants another cup of coffee, but the cafe is closing. The waiter asks his customer if he heard the announcement about the Professor. But he's not one of his students. No.6 pays for his coffee, two units, and the waiter tells No.6 that you're never too old to learn. It occurs to me that No.6 finds that rather sinister, because he asks the waiter "Who told you that, the Professor?" To which the waiter replies "No sir, the General." "The General?" replies No.6. It makes me wonder where No.6 has been, has he not heard of the General before now? This opening scene of 'The General,' is suggestive that the experiment of Speedlearn has been going for quite some time. Just how long is impossible to say.


Be seeing you
Posted by David Stimpson at 08:20