A Reported Prisoner On The Run by our own reporter

Whichever way you look at it, he's an escaped prisoner on the run. No better than any escaped convict! "Considered to be dangerous, the Prisoner is not to be approached under any circumstances" the Chief Constable said today in a  statement.
And a more rough looking escaped prisoner you are not likely to meet! Apparently the prisoner came ashore at , this was witnessed by the lighthouse keeper of the lighthouse. And according to James Fraser, the keeper of the light, the Prisoner then scrambled up the cliffs like a "Wee mountain Lamby," in a place along the cliffs where there had been a recent landslide of the cliff face due to the erosion of the chalk cliffs. 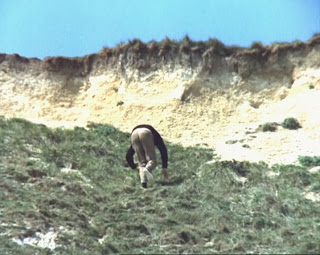 By this time the police were hard on the trail of the said prisoner, who was apparently aided by a young gypsy woman, who gave him a cup of "hot broth" before sending him on his way. 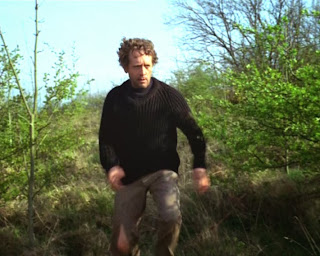 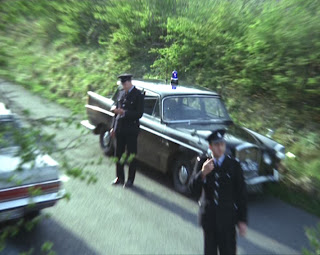 The police by this time had set up a series road block in the , , and Bexhill areas in an atempt to recapture the escaped prisoner. Although it is possible that the prisoner has found a way round the road blocks, especially if he is not travelling by road. On foot, but over open countryside is more the likely. However it was suggested that the Prisoner might have found another way. By secreting himself unbeknown to the driver, inside the back of a truck or lorry, after the said truck or lorry had passed safely through a road block.
It is thought that the escaped prisoner is heading for , where he is expected to meet with old friends who might harbour the said prisoner and help get him out of the country. I asked the Chief Constable today what this escaped prisoners crime was? The Chief Constable told me that the prisoner was doing "life" for an undisclosed crime, for which he was unable to give a reason for at this time.

Your own reporter
Photographs by No.113b
Posted by David Stimpson at 07:36