Curtis is attempting to escape the Village in the guise of Number Six, as he
impersonates himself! 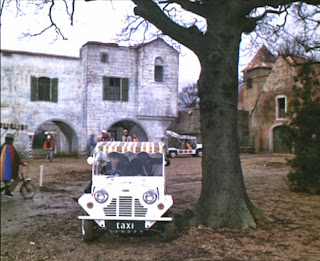 Finally after a difficult discussion with No.2, Curtis arrives for the quick flip to the landing stage by helicoter. 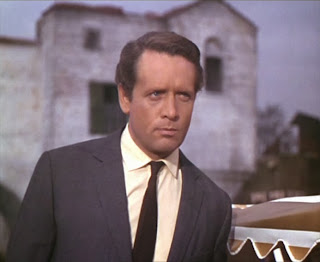 "I've got away with it so far, surely nothing can go wrong now. Oh no, there's Alison! 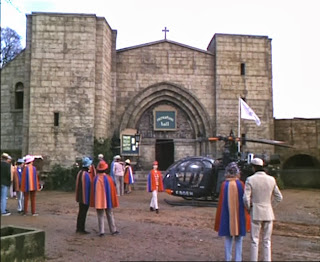 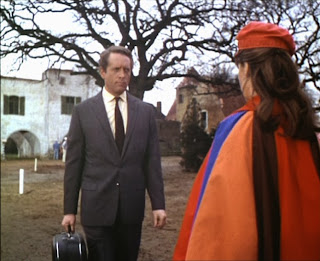 No.24 "I'm ashamed of what I did to Number Six Yesterday."
Curtis "Why are you telling me?"
"Everyone has to tell someone."
"It was your job."
"It was a betrayal."
"Isn't everything we do here a betrayal?"
"It's not often one gets a second chance."
"There are no second chances."
"There are sometimes for the lucky ones. If I had a second chance, I want you to know that I wouldn't do it again."
Curtis approaches the helicopter, No.2 bids him bon voyage, but reminds Curtis of the security regulations, they must be obeyed, Curtis is to be blindfolded, and he does this himself as No.2 asks Curtis to give Susan his regards, which he says he will!.
The helicopter takes off and flies in a circle over the Village, then descends and lands. The cabin door is opened, the blindfold removed............ 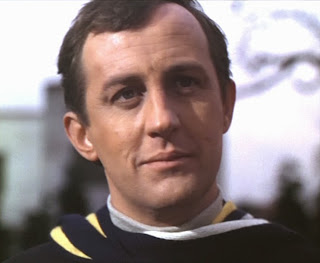 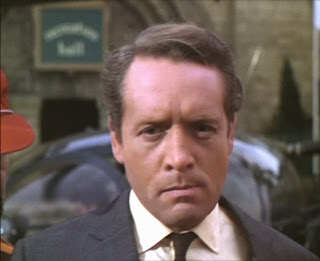 There's a flaw in most plans. The trouble with this plan was, Curtis played his role too perfect!
"Well what could I have done? There was no-way Number Six known Susan had died a year ago!"

"You fool Curtis. I would have let you leave the Village you know. There was absolutely no need for all this elaboration, trying to escape the Village by impersonating yourself. Oh well, now you can stay here and carry on your impersonation of Number Six, and no-one will be the wiser! It's Curtis who died, and I get to keep my job!


Be seeing you
Posted by David Stimpson at 08:43