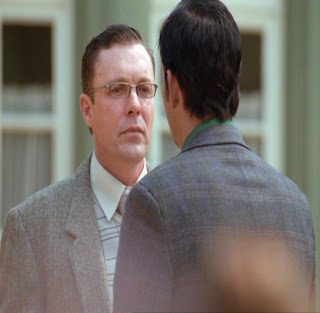 I know that bloke, don't I? Certainly there is something familiar about him, I saw the similarity almost at once. That's 1955, a school teacher talking to Six during THEPRIS6NER episode Anvil, played by Warrick Grier. So with whom does 1955 share a similarity? 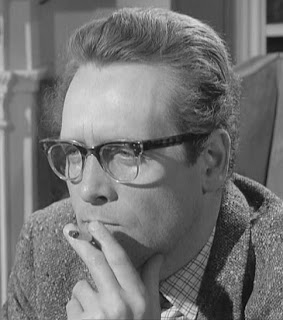 Well to begin with there's John Kieron, a character adopted by John Drake in the Danger Man episode Don't Nail Him Yet. Drake who adopted the pesonna of John Kieron, a school teacher, so that he could get close to the man Rawson, who is a Civil Servant suspected of being a traitor, handing over Naval secrets to a Russian agent who runs a Book Shop. Perhaps you can see the similarity between the two characters. 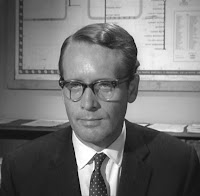