There are several actors/actresses who appear in the Prisoner but who are not credited as being so. Fennella Fielding, the voice behind the Village, giving out the weather forecast and other public announcments is one such actress. Then there is the actor/television extra who played the role of Colonel Hawke-Englishe in The Girl Who Was Death, who so far to date, I have been unable to identify. 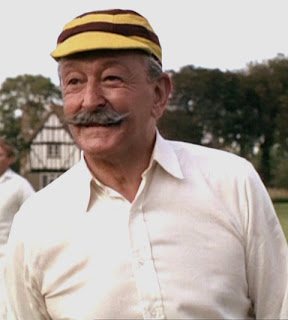 And the only picture I can find of this gentleman, is one as he appears as Colonel Hawke-Englishe. Although my wife Morag, has seen the actor/extra in an episode of Randell & Hopkirk, although she cannot remember which episode it was. And here is someone else who appeared in the Prisoner, driving the Bentley passed the Scammell Highwayman transporter as No.6, No.2, and No.48 dance about, and drink tea in the cage during the epsidoe of Fall Out. 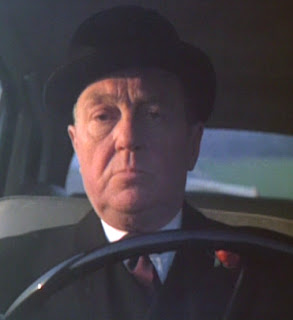 His name, Frank Forsythe.
Posted by David Stimpson at 08:08