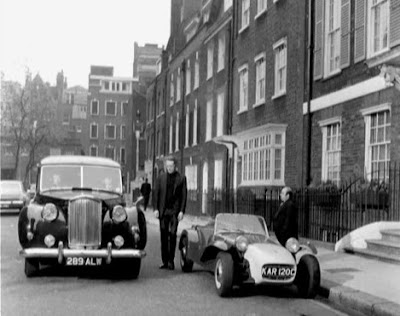 And so it begins. The Butler stands watching his master who is about to go on his way to hand in his letter of resignation. As for the hearse, well its looks innocent enough, but little does ZM73 know that they have acquired their target…him. The two undertakers will follow behind his Lotus 7 through the streets of London to an underground car park, where they will wait for him to re-immerge, and then follow him again. And realizing where he’s going, the two undertakers are sat waiting in the hearse as the Lotus turns into Buckingham Place, the rest we know!

BCNU
Posted by David Stimpson at 08:22