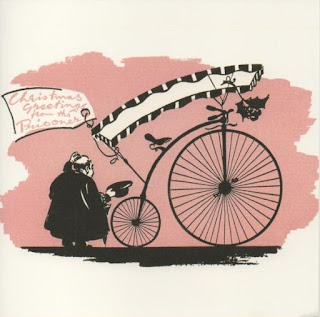 This Christmas I was sent this card. 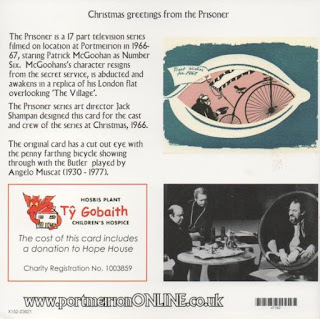 This was apt as far as ‘the Prisoner’ and this Christmas is concerned. Because in December 1966 Patrick McGoohan had art designer Jack Shampan design a Christmas card which was given to cast and production crew members.
And as it so happens just yesterday the following card arrived in the post. 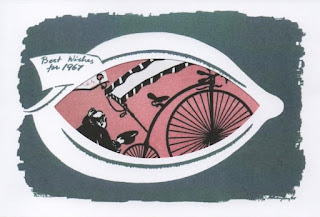 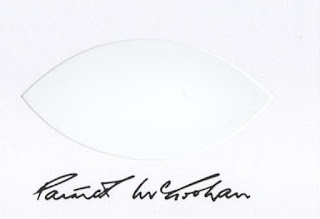 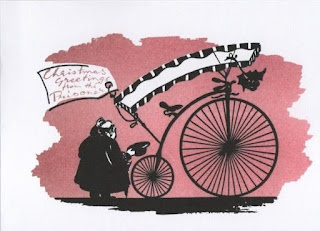 The card is of course a reproduction of the December 1966 original. And yet to receive such a card this Christmas is very apt indeed for the 50th anniversary of the production of ‘the Prisoner.’