It was while I was looking at the Prisoner episode Checkmate, that I made a previously unknown discovery. To be perfectly honest I made the discovery by mistake, because I was looking for something else at the time. It was when I saw this frame of film, that I was astounded by what I saw. Well astounded might be too strong a word, but certainly I was amazed. 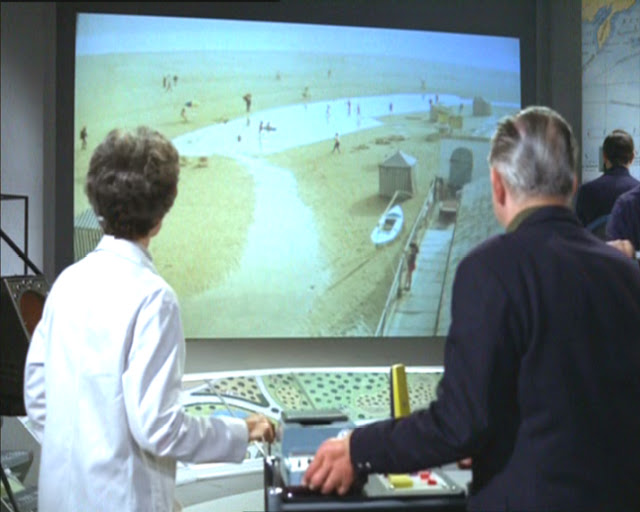 Because on the wall screen, as the Supervisor and the doctor search for No.6, just to the left of the Supervisors shoulder, you can see a little girl standing at some railings, watching what it taking place on the beach, watching her father perhaps. Here is an enlarged section containing the little girl. 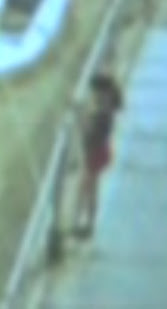 The railings by which the girl stands, are those of the cottage of White Horses at Portmeirion, where Patrick McGoohan and his family stayed during the month of September 1966, when the Prisoner was being filmed. Now Patrick McGoohan had three daughters, and the little girl is one of his daughters, who has been filmed inadvertently, and who now appears in the Prisoner, although she didn't know it at the time, and neither did Patrick McGoohan! Because while filming was taking place, his wife, nor his children were allowed out and about in Portmeirion. They were confined to White Horses cottage - or so the story goes.
I'll be seeing you
Posted by David Stimpson at 08:22