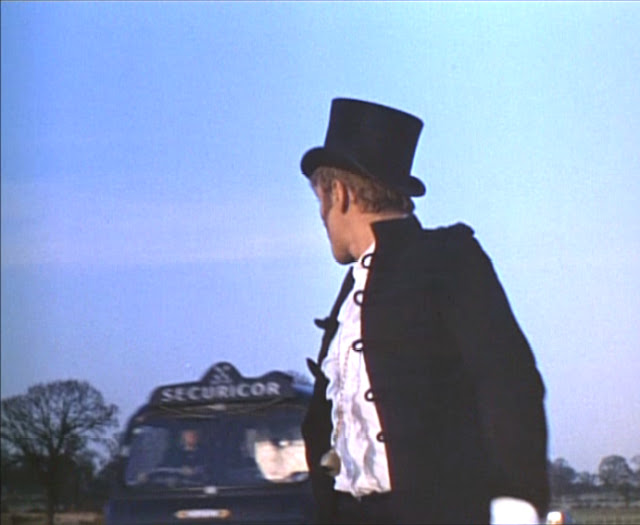 Here we see Alexis Kanner as No.48 trying to thumb a lift on the dual carriageway of the supposed A20, which it isn't, during the episode of Fall Out. There was real traffic on that raod at the time, and one such vehicle is passing No.48 by at the moment - a Securicor van. The driver must have seen the camera and camera crew filming Alexis Kanner, as the driver of the van is looking directly at Kanner. Of course that driver would have no idea of what was going on at the time. But I wonder if he realised later, when perhaps he watched the Prisoner series, and glimped himself on the television screen in Fall Out?!
I'll be seeing you
Posted by David Stimpson at 08:27