Dance Of The Dead 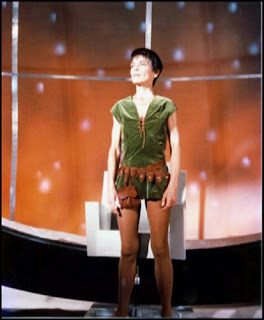 Mary Morris plays No.2 in the episode of Dance of The Dead, and her costume for the Ball is that of Peter Pan. A strange selection for a woman one might think, however originally there had been another choice - that of Father Time!
However Mary Morris was not the first choice to play the role of No.2, originally Trevor Howard, pictured here, was to have been given the role, but was too ill at the time to accept. His costume for the Ball, as in the episode, was to have been that of Jack The Ripper. 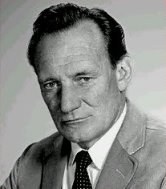 However certain lines of the script remain unchanged, such as the final line of the episode when she says to No.6 "Then how very uncomfortable for you old chap." A masculine line which Mary Morris was comfortable with saying, like so many masculine lines in Dance of the Dead, which has, over the years, brought this No.2's sexuality into question.
One other thing about Dance of the Dead, is that originally at the end, all the citizens, including No.2, and excluding No.6, were to have died in a frenzy that was the Dance of the Dead!
I'll be seeing you
Posted by David Stimpson at 08:17