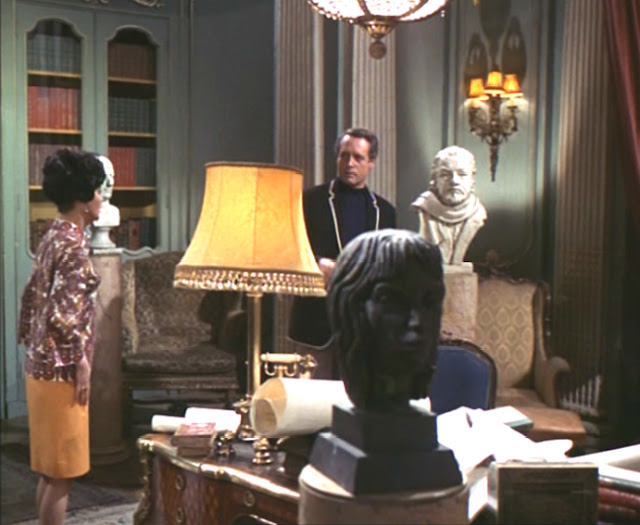 Nothing just happens in the village. Projects, experiments, and people need time to commence and get established, and so it is with The General and the educational experiment of Speedlearn. The Professor and his wife, Madam Professor, came to the village of their own free will, but just when was that?
In the above picture No.6 has been caught by Madam Professor making a search of her home. He has uncovered a number of busts, all apparently by the hand of Madam Professor who claims them to be simple finger exercises. One of which is a very familar face indeed, of a former No.2 in fact of the episode The Chimes of Big Ben, as seen here in an enlarged section of the above picture. 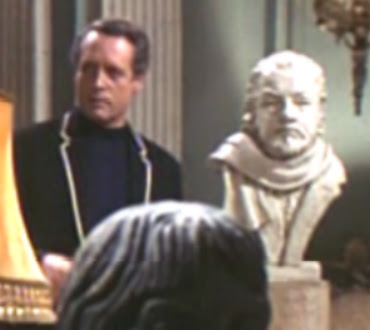 Now, such a bust as this appeared in the Exhibition of Arts and Crafts during The Chimes of Big Ben, and as an atrist and sculpture Madam Professor would not miss such an event as the Exhibition of Arts and Crafts at which to show her work. So it must be that the Professor and his wife Madam Professor have been in the village at least since The Chimes of Big Ben!
Be seeing you