It's A Question Of Time Is It? 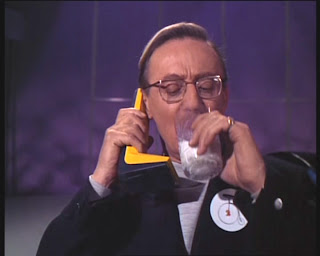 In the episode of A B & C this No.2 was given but three days to extract the reason behind the Prisoner-No.6's resignation- he failed! 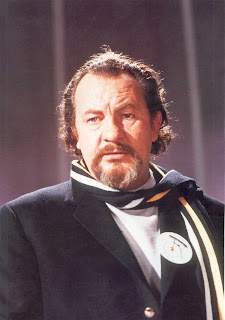 This next No.2, who we first meet during The Chimes of Big Ben, is brought back to have a second bite of the apple so to speak. But even he in Once Upon A Time, is given only one week in order to exrtract the reason behing the Prisoner-No.6's resignation. He succeeds, but unfortunately he wasn't listening, and pleaded, no begged to be told again, but he had been told, and so should have been listening!
But none of this answers the question why No.2 was given so short a time. It's no wonder No.2's ulcer in A B & C was acting up, judging by the amount of milk he was drinking. Perhaps No.1 enjoyed putting No.2 under pressure, but doing so restricts any possible possitive result. Perhaps No.1 himself was running out of time!
Be seeing you.
Posted by David Stimpson at 08:55