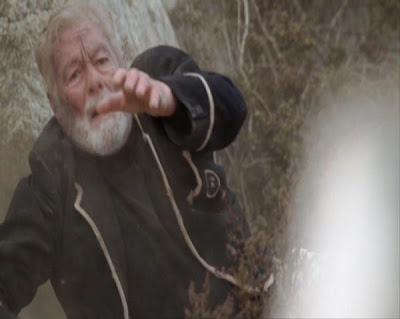 This is 93, an old man who resided in the village. You will observe that he is wearing the old style of blazer. He is the only citizen in the new village to do so. That is because he is a representation of the former No.6 played by Patrick McGoohan. Indeed Patrick McGoohan was offered the cameo role of 93 in the 2009 production of THEPRISONER. But either Patrick McGoohan was too ill at the time, or he refused the cameo role, saying that he would only become involved with the production if he could play Two. But that role had already been given to Ian McKellen.
BCNU
Posted by David Stimpson at 09:41