Tomorrow sees the start of the Tour de France, and this year Team Village has entered the endurance race. As you can see in the first picture, it's safety first! 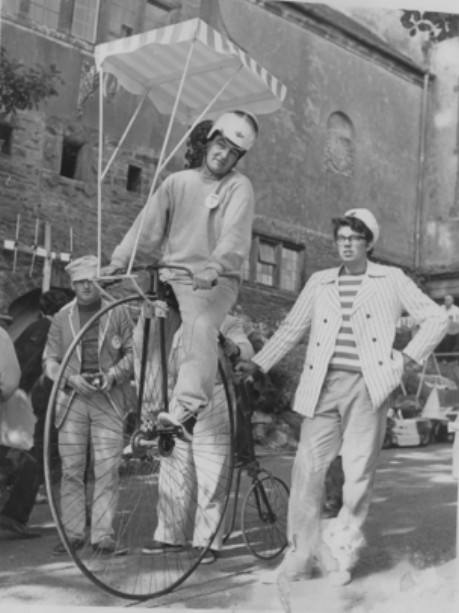 The cyclist wearing a crash helmet gives protection in an accident, and the addition of a canopy to the Penny Farthing gives some protection from the weather. And yet the Penny Farthing isn't the easiest bicycle to ride, as Team Village principle No.55 learned in early preparations for the Tour de France. 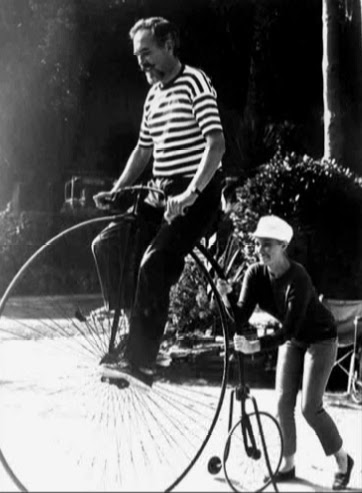 Team Village Principle No.55 aided by No.240. Note the added safety feature of fixed stabiliser wheels either side of the Farthing wheel. 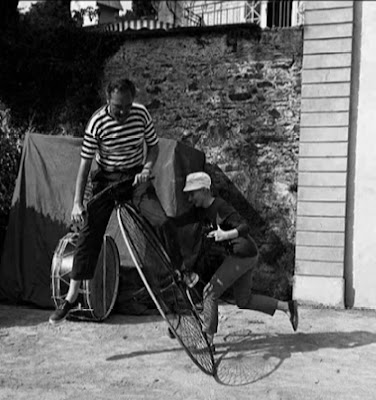 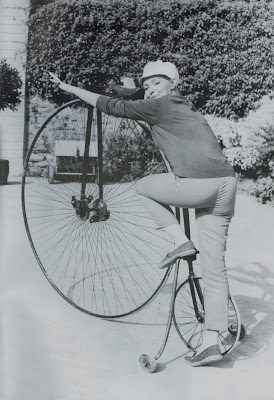 Blast, the film's run out, well what a pity! But later No.240 gave the cameras a treat by showing off her skill with the newly adapted RWS16 bicycle, which is No.240's preferred bicycle for the Tour De France. 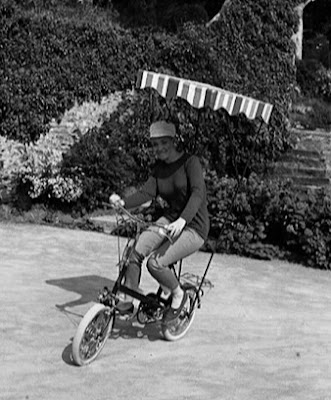 The RWS16 is a much smaller bicycle to the Penny Farthing, lighter, more manoeuverable, but again with the addition of a canopy to give some protection against inclement weather, as well as acting as a sun screen
So we say good luck to Team Village, as they make their final preparations for the Tour de France, which sets off at the Grand Start on Corsica.


Be seeing you
Posted by David Stimpson at 08:49