The Prisoner On The Big Screen! 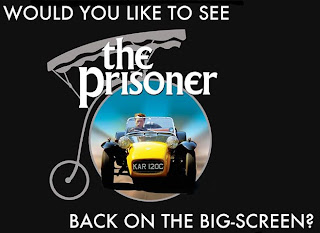 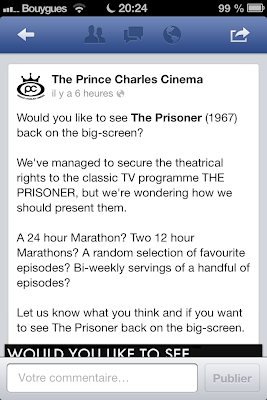 The news that The Prince Charles Cinema in London has aquired the theatrical rights to the 1960's television series 'the Prisoner.' The above was in my email inbox this morning from ChristineB. The cinema is looking for suggestions as to how the series should be presented. Although I don't think a 24 hour, or even two 12 hour marathons would be a good idea, after all, why rush a good thing? A bi-weekly would seem favourite, I think I'll drop the cinema an email.