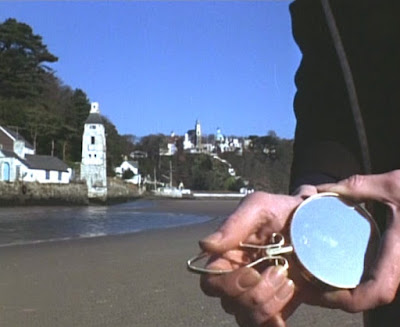 During the episode of ‘Hammer Into Anvil,’ Number 6 goes down onto the beach in order to send a message in Morse code by heliograph. Number 6 has his Observers closely watching Number 6. As Number 6 sends his message, Number 2 orders an Observer to get the Morse code down. When Number 2 asks the Observer if he got the Morse code down and what it said, the Observer read what he had written but appeared reluctant to do so “Pat a cake, pat a cake bakers man, bake me a cake as fast as you can.” Number 2 assumed it must be a special code. In the cipher room Number 2 had the message put through a computer in order to break the code, and what came out was “Pat a cake pat a cake……” but that is what was put in, and that’s what came out! If it is a new code it appears the computer isn’t programmed for it!