Number 2 of ‘It’s Your Funeral’ made the claim that the Observers do see and hear everything. The Village is a small enough community I suppose, but I find it difficult to believe that 7 Observers see and hear everything that takes place.
There is one Observer in ‘Once Upon A Time’ who has attracted my attention for years, there was something about him which and for some reason I could not put my finger on what it was. Indeed it has taken me until now to realize what it is. 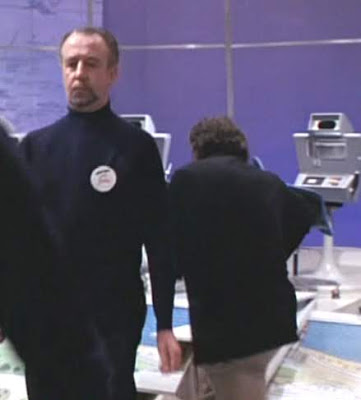 This is the chap, I cannot identify his number, but he is one of the 5 Observers who in ‘Once Upon A Time’ are released by the Supervisor as subsidiary personnel. Do you recognize him? He is a former interim Number 2! 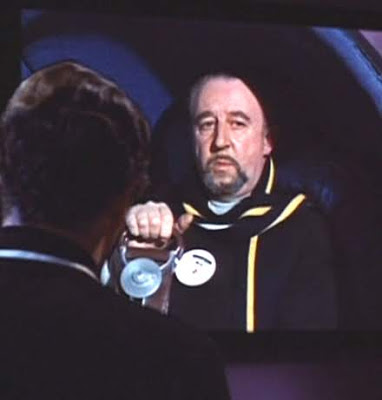 It’s more likely that this supposed former interim Number 2, in ‘It’s Your Funeral, would have been an Observer who was chosen to pose as a former Number 2 for the camera, possibly because of his resemblance to a previous Number 2.
Both Number 2 in ‘It’s Your Funeral’ and the Observer in ‘Once Upon A Time’ are played by the actor Tony Mendleson as seen here in the ‘Danger Man’ episode ‘Jossetta.’ 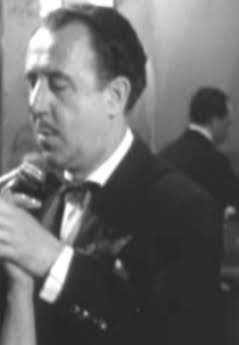 Tony had been previously identified as the interim Number 2 on the website;
https://moviedude.co.uk/[TV]%20'The%20Prisoner%201.11%20It's%20Your%20Funeral'%20(1967).htm
However he has not previously been identified as the Observer in ‘Once Upon A Time,’ so I am pleased to bring his file up to date!