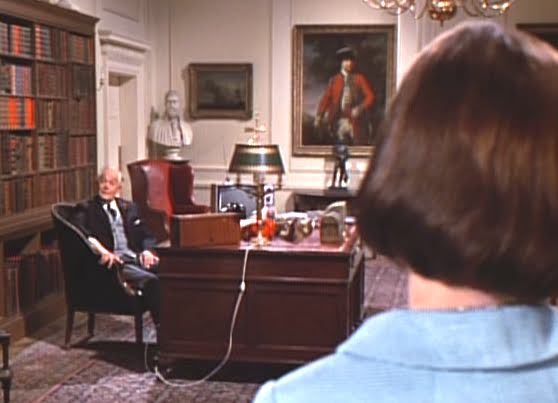 The Village is never very far away. The bust in the background, seen before in the cave where four Villagers are being indoctrinated or something by the Village Guardian in a scene in ‘Free For All.’ Not only that, but Sir Charles has one of the Professor’s paintings of a general hanging on the wall! 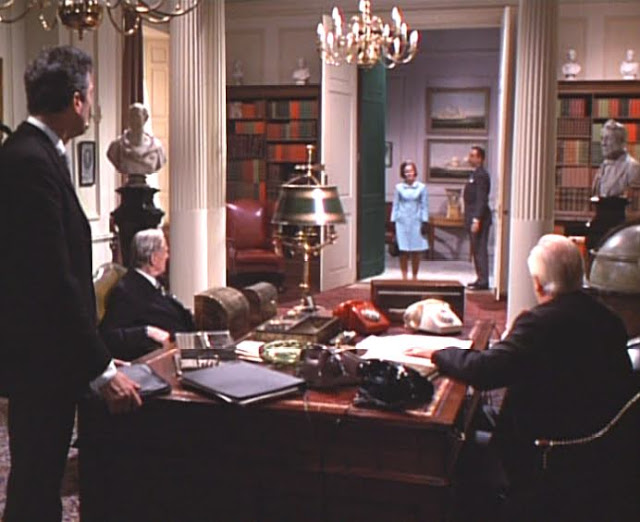 Also there is a similarity, or a parallel, between Sir Charles Portland’s office and that of Number 2’s office in the Green Dome. Although the one is minimalist and futuristic looking, whereas Sir Charles office is much more comfortable, traditional, and rich looking, they are both accessed via a foyer or anti room. And in both cases hanging on the walls of that anti room, are the two same seascapes of sailing ships. Also both Sir Charles office and that of Number 2, are accessed through two pairs of double doors. He might not be a , but there is a man standing by to show Janet Portland into her father’s office!
Parallel lines, they are easily drawn as they have been here, but there is coincidence, I think we can allow coincidence!