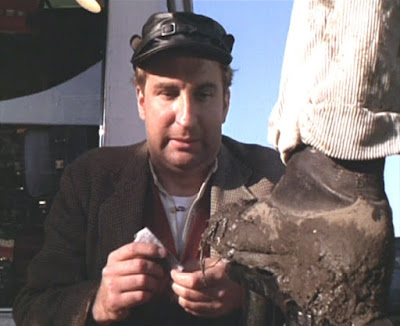 If he wasn’t he’s going to be! Poor old Potter, he’s been left out in the cold, but at the same time he’s making a little money on the side as a shoe shine boy. Mr. X has his suede shoes brushed up, and gives Potter a £5 note, Potter is highly delighted it’s as though he can hardly believe his luck as it’s possibly the most money he’s ever earned for a few moments work. But then he’s brought down to earth by a muddy boot! Poor old Potter’s got his work cut out now!