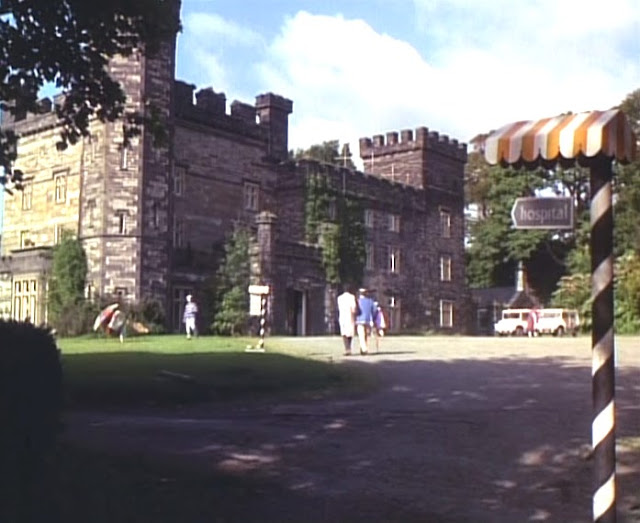 “That’s the way Number Fourteen, we’ll take it nice and easy.”
“Where are we going doctor?”
“To the hospital to give you a check up.”
“But I don’t want to go to the hospital.”
“Well it wasn’t very nice what you did you know.”
“It always happened in the old days. When my family played chess.........”
“Yes but did you really have to take a hatchet to the Rook?”
“It had to be done, don’t you see?”
“Well we must make sure it doesn’t happen again mustn’t we.”
“Is this the hospital? It reminds me of my family home.”
“Yes that’s right I’m taking you home, back to the castle.”
“I’m an ex-Count you know.”
“Yes I know.”
“But I had to give it up.”
“Why?”
“Oh I can’t possibly tell you that...... where’s the moat?”
“Moat?.......Oh we had to fill the moat in so we could make the car park!”
“We must be careful, grandfather pours boiling oil on unsuspecting marauders!”
“Oh don’t worry they are expecting us.”
“Oh good, will there be crumpets for tea, there are always crumpets for tea.”
“Yes there’ll be crumpets.”
“Later I’d like a game of chess.”
“No, no more chess for you.”
“How is the Rook?”
“Well he’s not so good now you’ve hacked his head off!”