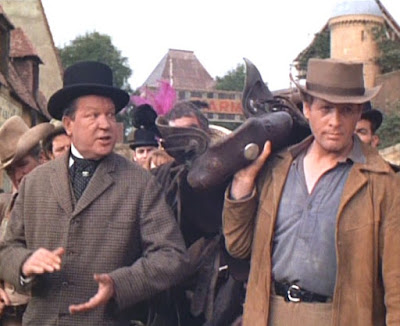 News reached me this morning of the death of Gordon Sterne who died at the age of 94 in April 2017. It was read in the lastest edition of‘Doctor Who’ magazine.
Born in 1923, a British actor who enjoyed active roles in film and television since the 1950s. Pictured above with Patrick McGoohan in a scene in ‘Living In Harmony,’Sterne is decribed as being a bystander bystander. But I see him having been more than that, interacting as a Townsman with The Man With No Name.
Sterne “Well stranger fancy living In Harmony?”
McGoohan “Not my kind of town.”
“It’s a good town.”
“Enjoy it.”
“Why, what’s wrong with our town mister?”
“Maybe I don’t like the way its run.”
“Oh you just do as the Judge says, he’ll look after you.”
“I’ll look after myself.”
“It’s a good town.”
“Keep it.”
Sterne played small guest roles in such teelvision series as ‘I Spy’ series in 1955. ITV Play of the Wekk 1956. Escape 1957. The Great Van Robbery. No Hiding Place. Murder At site 3 1959. Hancock’s half Hour. Taste of Fear 1961. Tales of Mystery 1962. The Saint, Paul Temple, Crossroads. Dr. Who 1971. UFO. The New Avengers. Jeeves and Wooster 1992. Merlin 1993. Kavanagh QC 1997. The Turdors 2007-2009
And in films such as Sink The Bismark. From Russia With Love. An American Werewoolf In London. 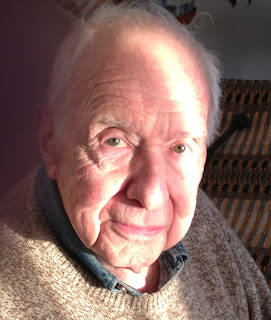 Rest In Peace Gordon
Posted by David Stimpson at 12:25