There’s Not An Ounce Of Truth In It! 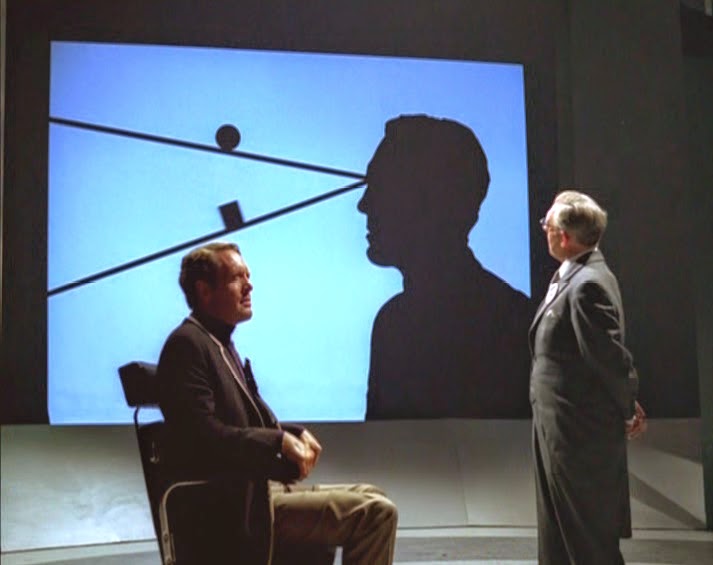 After the local electoral candidate had witnessed the dissolution of the out-going Town Council, he found himself in the Labour Exchange Manager's office, and was put through the “Truth Test. This was to find the real reason why Number 6 had decided to run for electoral office. The thing was they knew all the time what Number 6 would do if elected to the position of Number 2. He thought that if won the election, took over The Village, that he would be able to control an organised breakout, as stated by the Manager-Number 20. So this was not so much a "truth test," which to all appearances it is, but also acts as the conditioning of Number 6’s mind. And yet he must be careful not to damage the brain tissue, and is advised by Number 2, and is confirmed by Number 20, First stage only, clearly understood."
Number 2 was heard in the control room to comment "A very good technique." Which is confirmed to have been adapted from the Civil Service.
Number 6 collapses in the chair, and when he awakens he is clearly ready, and refreshed for the next part of the election. "You'll be voting for me of course, be seeing you" he salutes. 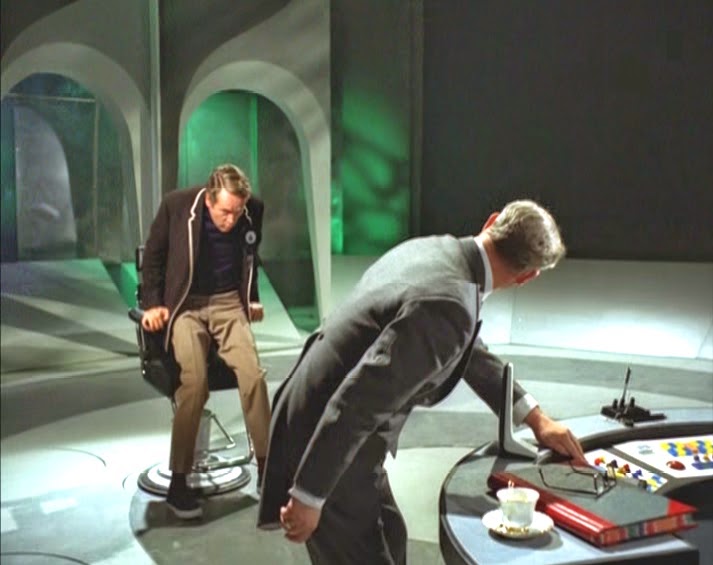 And what about Number 6 being restrained in that chair? Clearly they didn't want Number 6 to get up out of that chair and storm out whilst undergoing the truth test/conditioning. No leather strapping, or any kind of restraints were required. Number 6 was clearly held in his chair by a simple current of electricity....the chair having been electrified!


Be seeing you
Posted by David Stimpson at 08:57