The Village Guardian - A Fatal Attraction!

As the white membranic Village Guardian comes rolling and bounding along the road, it's blood curdling roar can be heard throughout the Village. And as one, pedestrians step to the side of the Street, and cyclists dismount and everyone stands stock still until the Village Guardian has passed by. 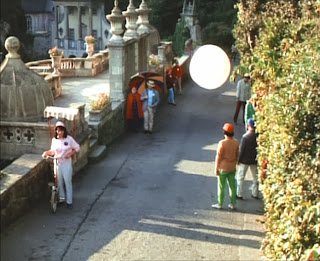 I'll be seeing you, but not if the Village Guardian sees me first!
Posted by David Stimpson at 08:42