The Power Of The Press by our own reporter

It has to be said that the press has been accused of manipulation from time to time, manipulation of the news we bring you on a daily basis. And that is true when it comes to the article in which No.6 Speaks His Mind. You will recall the questions put to No.6 by No.113 during the taxi ride to the Town Hall.
No.113 "How are you going to handle your campaign?"
No.6 "No comment!"
No.113 writes "Intends to fight for freedom at all costs. How about your external policy?"
No.6 "No comment."
No.113 writes "Our exports will cover the four corners of the globe. What about your internal policy?"
No.6 "No comment."
"No.113 writes "Will tighten up on village security. Who do you feel about life and death?"
No.6 "Mind your own business!"
No.113 writes "No comment."
But of course that's not which is written in the article, a story which No.6 has not given to the press, as No.6 Speaks His Mind.
So this is the manipulative side of the press, by writing and publishing an article which the candidate never said, by putting words in the candidates mouth in fact. 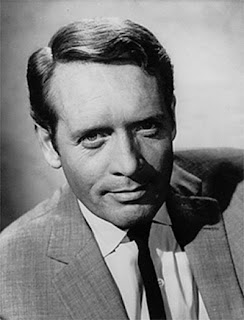 But the press itself can be manipulated, take the accompanying photograph to this article for example.
The photographer-No.113b, was snapping away all the time through that interview with No.6, "Smile". However I now question, "Smile", whether or not there was any actual film in his, "Smile" camera. The reason for this, "Smile", is the above photograph, "Smile", "look will you get that bloody camera out of my face!" Because really the photograph of No.6 which accompanies the article, should have him wearing a piped blazer, as No.113b was taking the photographs at the time.  Yet here he is, No.6 pictured wearing civilian attire, of suit and shirt, and tie. So was there actual film in No.113's camera, or was he simply wasting good film? And yes, I did write the above article, by putting words in the candidates mouth, words he never once uttered to me. and I am ashamed of what I did, and I want you to know it has never happened since.

your own reporter
Posted by David Stimpson at 07:44