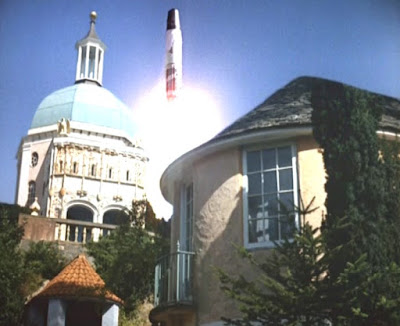 It might be wondered what those “masters,” which we heard about from time to time, thought when they received the report. That not only had there been a successful armed revolt in The Village, that a mass evacuation had taken place, with Number 6, Number 48, but a late Number 2, assisted by the Butler, had managed to escape in the mayhem. All that, with the added unscheduled and unauthorized launching of the rocket, and the fact that Number 1 escaped aboard that rocket, would be the last nail in the coffin. It can be imagined that those masters in London would have gone ballistic!

Be seeing you
Posted by David Stimpson at 06:59